Sip and Shoot
The real cocktail game? Mixing up the perfect name, from Monkey Gland to Harvey Wallbanger

Vegging Out
Needless heart surgery? Houston doctor argues that a plant-based diet works better than a bypass
LATEST NEWS
Prepare for major lane closures on I-10 near downtown this weekend
Foodie News 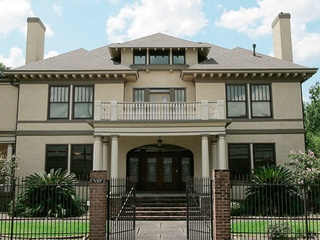 Les sauvages: It means "the savages" (or "the wild ones") and it sounds like sausage.

And while the "sausage" thing may be just us, we imagine there will be a fair bit of charcuterie in play when chef Justin Basye, formerly of Stella Sola, launches the Les Sauvages summer dinner series.

The brainchild of Basye and Peter Jahnke (last spotted bartending at Anvil and in a mad race with Bobby Heugel around Houston), it's a series of dinners presided over by the duo, with guest stars including Chris Shepherd, 13 Celcius' Mike Sammons, Michael Kramer and Jackie Blanchard of John Besh's August restaurant in New Orleans.

Basye writes that he envisioned the project "out of the desire to be able to cook the food he has wanted to cook without any boundaries."

"It began as a small project between me and Peter, but when I started touching base with all my chef friends about the idea, they were so enthusiastic about a chance to collaborate on a menu without parameters, just using what’s fresh and in season, that the list of dinners grew pretty quickly,” Basye says in a press release.

It's also a way to show off some of Houston's out-of work culinary talent — like Shepherd, Kramer and Ryan Hildebrand, who are in different stages of opening new restaurants — along with friends including Blanchard, Randy Rucker, Grant Gordon of Tony's, Ned Elliott and Nathan Lemley of Austin's Foreign & Domestic, and the guys behind popular food truck Eatsie Boys.

Each dinner will be held at the Hofheinz House and seat 40 to 50 people only. Reservations to the early dinners, the first of which will be held on Monday, are available at the Les Sauvages website.