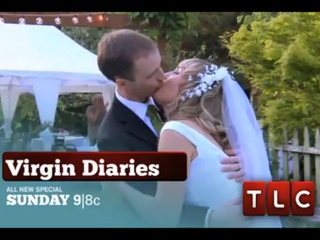 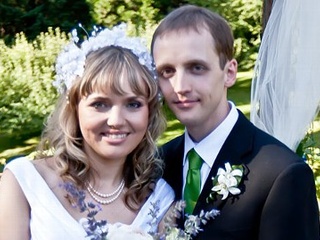 Newlyweds Ryan, 31 and Shana, 27 marry on TLC's The Virgin Diaries.

It's no secret that we live in a culture where sex sells, and one can only assume that, as a result, people feel increasingly pressured not to become the “40-year-old virgin.”

But there are also those that choose to ignore that stigma and prefer to wait until marriage before losing their virginity, and there's nothing wrong with that. Except for when one decides to broadcast the fact that they’re an inexperienced virgin to the rest of the world.

The trailer for the show has gone completely viral in just two days, and understandably so. In it, a 35-year-old bachelor named Carey admits that he’s “not a virgin entirely by choice,” while three other women say they’re simply waiting until they meet their husbands.

The real kicker, and what has everyone talking, is courtesy of Ryan, 31, and Shana, 27. The couple, in addition to saving their virginity until marriage, decided to save their first kiss until marriage. That long-awaited and exceptionally awkward kiss is featured in the trailer.

It’s difficult to describe their first kiss: it’s almost as if two aliens sat down, watched hours and hours of horrible romantic comedies, seared that big grand finale kiss into their brains and then at the last minute, à la Bill O'Reilly, decided, “fuck it, we’ll do it live!” Take a look for yourself in the video above. The kiss starts about 15 seconds in with more “chewy” goodness at the end.