feb. 5
Links we love today: The Super Bowl, and things to distract you from the Super Bowl

A clip from The Avengers 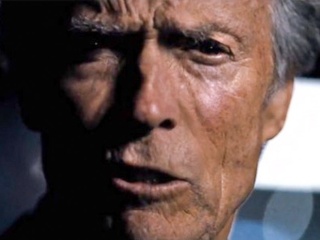 Do it right – like the folks promoting Independence Day certainly did back in 1996 – and you plant an indelibly effective image in the minds of moviegoers while triggering their must-see impulses.

Do it wrong – like people who approved a 2003 ad for Ang Lee’s Hulk featuring not-ready-for-prime-time temp f/x – and you incite a deafening roar of negative buzz that will be well-nigh impossible to overcome.

That’s the challenge facing any studio that purchases ultra-expensive advertising time during a Super Bowl telecast to promote a major motion picture weeks or months before that movie opens at theaters and drive-ins everywhere. The upside is, you have a captive audience of zillions. The downside is, you never get a second chance to make a first impression.

As I noted after The Big Game last year: When hyping a film during the Super Bowl, it’s not enough to be fast and flashy. In addition to selling the sizzle, you’ve also got to give audiences at least a hint of how the steak is going to taste. (The Independence Day spot did both – with inspired succinctness – by showing extraterrestrial invaders making the White House go boom.)

Keeping that in mind, here’s an instant replay of my initial reactions to the movie ads served during Super Bowl XLVI.

The Dictator — It begins with clips of real-life “fallen” despots (Muammar Gaddafi, Saddam Hussein, etc.) then cuts to Sacha Baron Cohen as the title character, brazen and heavily bearded, tweaking NBC with a claim that he already knows the final score of The Big Game. (The ad ran after the National Anthem, but before kick-off.)

And then there’s a very rude Kardashian Sisters gag. Yes, it’s not very different from the trailer already on view in movie theaters. But I would be lying if I claimed I didn’t laugh. And I bet a lot of people getting their first look at The Dictator thought, “Oh, man, that’s the Borat dude! Gotta see that!”

Battleship – Invading extraterrestrials attack earth with… with… with giant flaming spinning tops? So Liam Neeson has to counterattack with a U.S. Navy battleship? And it’s all based on a Hasbro board game? Well, look, I didn’t think Transformers would work as a movie, and I sure called that one wrong. But this? Excuse me, I don’t think so.

Dr. Seuss’ The Lorax – Right now, all across the great land of ours, fathers already are working on the excuses they’ll give for not taking their kids to see this one. “Sorry, honey, but you know I can’t take that much sweetness with my diabetes…”

The Avengers – Sold. Where do I buy my opening-day ticket? (Remember: You’re reading something written by a guy who bought the very first issue of The Avengers published by Marvel Comics back in 1963. I’ve been waiting a long time for this one.)

G.I. Joe: Retaliation – Dwayne Johnson (The Actor Formerly Known as The Rock),  Bruce Willis, sword-wielding ninjas and lots of stuff blowing up real good. Not shabby at all. But they blew it by not holding a little longer on the money shot: The unfurling of Cobra flags and banners at the White House. Remember what worked so well for Independence Day?

Act of Valor – “Starring Active Duty Navy SEALs?” WTF? Is that where our tax dollars are going? To make a generic action-adventure flick that looks like it should be premiering in Redbox kiosks?

Audi S7 Vs. Vampires – OK, I admit: It isn’t really a movie ad. But for those of you who’ve always wanted to see those Twilight bloodsuckers get what’s coming to them – and you know who you are, so don’t be coy about it – this spot rocks.

Imported from Detroit – This one wasn’t a movie ad either. But, frankly, after seeing it, I’m afraid that if I don’t give it props, Clint Eastwood will come to my house and personally kick my ass. (Even if he saw my son’s new Dodge Charger parked outside.) So let me say that this year’s Chrysler ad with Clint was even cooler than last year’s ad with Eminem. And I’ll be curious to see how many folks (in addition to Michelle Malkin) interpret this spot as political: Clint isn’t telling you to vote for Barack Obama, but he’s definitely telling you not to vote for any candidate who would have allowed the Detroit auto industry to fail.

Honda CR-V – A friend watched this instant-classic commercial – a kinda-sorta sequel to Ferris Bueller’s Day Off – and emailed: “Somewhere, Matthew Broderick has a portrait that’s in really, REALLY bad shape…”

A clip from The Avengers