Shake it off: Strongest earthquake in five years gives Dallas-Fort Worth area a big jolt

Shake it off: Strongest earthquake in 5 years gives Dallas area a jolt 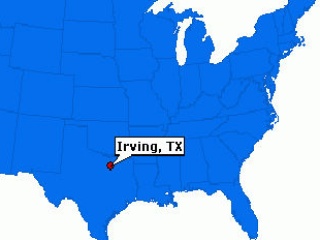 A 3.3 magnitude earthquake centered in Irving hit the Dallas area on November 22. Photo courtesy of Irving

An earthquake hit Dallas on Saturday night at 9:15. According to earthquaketrack.com, the epicenter was in Irving and was a magnitude 3.3. Within an hour, more than 900 people had filed notifications with earthquake.usgovs.org.

Residents near Love Field felt it more palpably, and some homes in Irving rattled and shook.

The quake was more of an abrupt jolt than a rolling quake. Dallas CBS 11 meteorologist Jeffrey Ray called it the strongest earthquake to shake the Dallas-Fort Worth area since 2009. This marks the third earthquake in Irving in the past two weeks, but it was the largest.

According to the U.S. Geological Survey, the earthquake's center was approximately two miles beneath east Irving, near the former Texas Stadium site.

Tapping in to a crafty Houston brewery, plus dining out in River Oaks
A Goode chat with restaurant royalty, plus a tasty Houston's tribute
A kingly chat with a local German favorite, plus Houston booze to-go