Hunter Pence tells car crash orphans he looks up to them: Berry kids lauded for their courage

Hunter Pence tells car crash orphans he looks up to them: Berry kids lauded for their courage 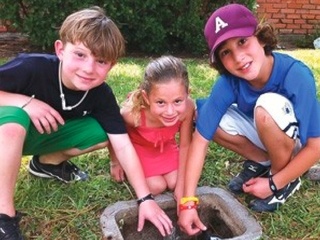 It's an unimaginably heartbreaking tragedy — three kids under 10 orphaned in a car crash that left both their parents dead and two of the kids paralyzed from the waist down. Faced with it, Houstonians from all walks of life are doing what they can.

Not only have close friends and family members rallied around Joshua and Robin Perlo Berry's three children, but prominent figures in the Houston community and beyond are pitching in to show support.

Over the last several days, the sports-loving Berry boys — 9-year-old Peter and 8-year-old Aaron — have seen several of Houston's top pro athletes visit as their time at Children's Memorial Hermann Hospital nears its end. Peter Berry was transferred to Shriners Hospital outside of Chicago Tuesday. His brother Aaron is expected to follow him to Shriners in the next week.

Before Peter was transferred, the boys — whose grandfather played for the 1960 AFC champion Houston Oilers — got a visit from Houston Texans quarterback Matt Schaub, his wife Laurie,  tight end Owen Daniels and tackle Eric Winston, as well as retired Oilers running back Alonzo Highsmith Monday.

Houston newbie and Texans' first-round pick J.J. Watt also paid a visit to the boys, bringing along autographed gear and well-wishes. According to Texans team blogger Nick Scurfield, Watt asked Peter about fun things to do in Houston, invited him to a 2011 Texans game and discussed their shared Bieber Fever.

Watt also reportedly gave both his cell phone number and email address to the boys, telling them to contact him any time.

NFL players weren't the only ones who visited the Berry boys.

Astros All-Star Hunter Pence also stopped by on his way to Minute Maid Park on Monday, bringing with him three autographed bats and plenty of encouragement.

Pence spent more than a half hour playing video games with Peter and then exchanged emails with him. He also had more than a few words of encouragement for Aaron, who has spent most of the last few days sedated.

According to the Jewish Herald-Voice, Pence told the brothers: “Everyone’s thoughts are with you guys. You’re going through one of the toughest things and you’re going to need to be stronger than anyone I’ve ever met. I think that you and your whole family are going to inspire a lot of people. And ultimately, I look up to you."

Earlier in their stay at Children's Memorial Hermann Hospital, and before their six-year-old sister Willa was released, the Berry kids were visited by Houston Rockets point guard Kyle Lowry and Denver Nuggets forward Wilson Chandler.

The Berry kids' story is causing reaction around the country as well — inspiring a blog post by the eldest Kardashian sister Kourtney, as well as a tweet from Dancing With The Stars host Brooke Burke, in which Burke wrote "her heart and prayers" were with the kids.

To keep up on the Berry kids progress, follow the family's official Facebook page. CultureMap also wrote a story on ways you can help.

Tapping in to a crafty Houston brewery, plus dining out in River Oaks
A Goode chat with restaurant royalty, plus a tasty Houston's tribute
A kingly chat with a local German favorite, plus Houston booze to-go