Where To Watch Super Bowl 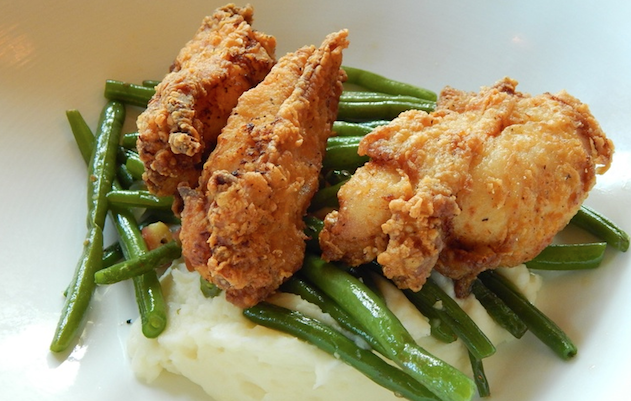 Hit up The Hay Merchantthis Sunday for craft beer (there are over 80 on roster here) and a plate ($12-$16) of barbecue including 44 Farms Texas beef ribs. The Montrose beer joint and eatery will also serve smoked sausage, boudin and creamed corn (6-11 p.m.). 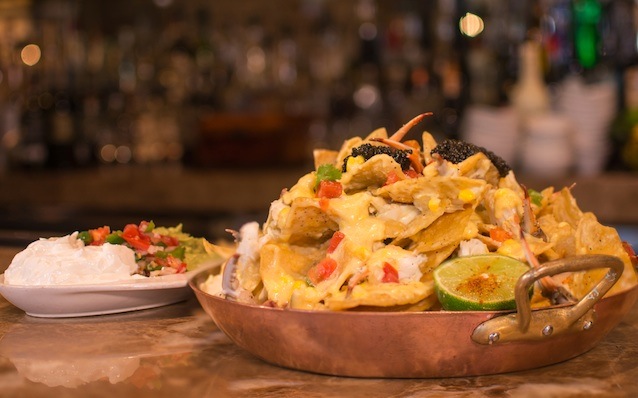 Test your skills at ping-pong, bocce, beanbag toss and pigskin (throw the ball through a tire) at Brooklyn Athletic Club. Whether you’re a 12th Man Seattle Seahawks fan or you're rooting for Tom Brady to take home his fourth Super Bowl ring, you’re sure to enjoy the Richmond Ave. restaurant’s mac and cheese, braised short ribs, roasted mushrooms and peppers, American and Redneck cheddar cheeses and an herbed bread crumb crust; $9), delectable Clubhouse Burger (grilled beef, green tomato and jalapeno jam and the regular fixin’s; $11) and the likes.

The Hay Merchant will serve up barbecue including beef ribs and smoked sausage.

For a studio whose entire reason for being seems to rely on creating and sustaining familiar characters, Walt Disney Animation takes its fair share of risks. In the last 10 years, it has released nine films, seven of which were not based on pre-existing properties (the other two were sequels for two of those seven). That’s a lot of new stuff, most of which has succeeded mightily for the perennially-popular leaders in animation.

They’re at it again with Strange World, which takes place in an unknown country/world known as Avalonia, where Jaeger Clade (Dennis Quaid) is a famous explorer whose only desire is to find a way over, around, or through the imposing mountains surrounding the land. His son, Searcher (Jake Gyllenhaal), doesn’t share his enthusiasm, and an early discovery by Searcher of a unique energy source leads to a rift between father and son. Jaeger continues onwards, while Searcher returns home with a plant they call Pando that creates harmony throughout the land.

Years later, when the plant shows signs of failure, Searcher is recruited by Avalonia leader Callisto Mal (Lucy Liu) to help in an expedition to find the source of whatever is attacking Pando. What they and others – including Searcher’s wife Meridian (Gabrielle Union) and son Ethan (Jaboukie Young-White) – find in their travels certainly lives up to the title.

Co-directed by Don Hall and Qui Nguyen and written by Nguyen, the film is a visual stunner. The quality of animation in Disney movies rarely fails to impress, and Strange World is the latest and greatest example. Whether it’s the humans, the landscape, or the innumerable weird creatures that populate the film, there is almost nothing that doesn’t deserve to be stared at and admired.

It’s odd, then, that the story does not come close to matching the graphics. There are a variety of reasons for this failure. Nguyen is the sole credited writer, and he stuffs the film full of big and small ideas, probably too many for this type of project. Searcher’s family and the world of Avalonia and beyond are diverse in multiple ways, to the point that it feels like Nguyen was trying to include everything he could think of in case he never got another shot.

The bigger sin, though, is how quickly the film advances through its plot, often bringing up new things out of nowhere. While Searcher and his family make for an interesting group, the side characters never make an impact. There are also multiple instances where the story takes a turn that makes no sense, either in the world of the film or a storytelling manner.

This includes the final act of the film, which features a significant twist that is presented and accepted in a way that doesn’t fit with the rest of the film. It adds on yet another message in a movie that contains a lot of them, but in a way that even those inclined to believe in what it’s trying to say may wonder why that part is there at all.

The science fiction element of Strange World is a bonanza for the filmmakers and animators to go as wild as they wanted in the visual department. But all that splendor is in service of a story that just doesn’t measure up, making it one of Disney’s less successful offerings in recent years.

As the most wonderful time of the year approaches, holiday shopping budgets are in the spotlight, and a study from WalletHub lists Sugar Land as one of the top cities where Santa doesn't need a whole lot of help.

According to the personal finance website, the average holiday budget in Sugar Land is $2,793 per person, the 15th highest in the nation. As CultureMap previously reported, Sugar Land residents here make an average of $123,261; the average home price is $337,600.

As for Greater Houston, Santa's bag could be a mixed bag, with three suburbs in the top 100, but the urban center falling far behind:

Each year, WalletHub calculates the maximum holiday budget for over 550 U.S. cities "to help consumers avoid post-holiday regret," the website says. The study factors in income, age of the population, and other financial indicators such as debt-to-income ratio, monthly-income-to monthly-expenses ratio and savings-to-monthly-expenses ratio.

Despite nationwide focus on inflation strains, holiday spending is expected to be healthy, and higher than last year.

"The seeming social upheaval in recent times may lead households to spend more in an attempt to take some control of the environment which they can control," says Robert Wright, University of Illinois, Springfield professor emeritus who was among five experts consulted for advice about holiday shopping.

Things don't look too jolly for San Antonio, ranked at No. 431 with an average budget of $803 or Pharr, which was the lowest ranked city in Texas.

Beach lovers, campers, and Houstonians getting away from it all now have a chill new option to waste away. Camp Margaritaville RV Resort Crystal Beach is officially open, following an ongoing renovation and ribbon-cutting ceremony.

RV drivers/users can rest easy knowing that electric, water and sewer hookups, complimentary Wi-Fi, dog parks, a gym, and facilities for showering and doing laundry await at the site.

Another huge draw: The resort offers close access to 27 miles of beaches along the peninsula. (Ahh.)

Crystal Beach is the fourth location within the Camp Margaritaville brand, and joins the company's existing Margaritaville Lake Resort, Lake Conroe. The lake resort, which rebranded and opened in the summer of 2020, includes 335 suites, an 18-hole golf course, a three-acre waterpark with a lazy river and outdoor pools.

"We’ve seen incredible success and excitement around our existing Camp Margaritaville RV Resort locations and are thrilled to expand our presence in the state of Texas,” Margaritaville COO Brad Schwaeble noted in a statement. “As more and more people are finding new ways to travel and explore, Camp Margaritaville Crystal Beach will provide everything needed for a getaway for all ages.”

The pool is a major draw for the resort.