so this is christmas
Holiday green: Kids books, like Moving Christmas, have a save-the-environment theme

The Houston Club auctions off its historic treasures, building to be demolished

The Houston Club auctions off its historic treasures, building to be demolished 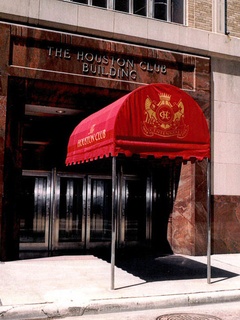 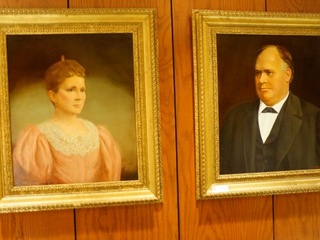 Contents of the building, including this pair of portraits, will be sold at auction on Jan. 12 at 11 a.m. Left. Mrs. James S. Hogg by Adrian Lamb, 20 by 24 inches; and Gov. James S. Hogg by Samuel Mirsky, 20 by 14 inches Courtesy of Lewis & Maese Auction Co.

The Houston Club has enjoyed a storied history and a membership list boasting the "who's who" of the Bayou City for more than a century, from businessmen and entrepreneurs to cultural and civic leaders to diplomats the likes of former President George H.W. Bush and his chief of staff James Baker.

Its most recent chapter came to a close when the member-owned private club, first established in 1894, combined with the Plaza Club and became part of the ClubCorp effective Jan. 1. The merged club will keep the historic Houston Club name, but will move into the Plaza Club digs on the 49th floor of One Shell Plaza, which has undergone a $3.5 million renovation.

The building is "scheduled for demolition" and will be inaccessible after the end of this month.

More than 100 years of existence has meant a lot of collected items, including artwork and statuary, Persian rugs, antique furnishings and lighting and more — much of which will be up for auction on Jan. 12 at 811 Rusk Street, the Club's home since 1955 that was purchased by Skanska in 2011. Lewis & Maese Antiques & Auctions says that the building is "scheduled for demolition" and will be inaccessible after the end of this month.

The auction company lists more than 1,000 of the club's contents for sale, notable among them portraits of Mr. and Mrs. Hogg, four paintings by Texas artist David Adickes, a steampunk-looking barista machine and a rare 19th century map of Houston, plus traditional Georgian-style furniture, artificial trees, contents of the club's kitchen, fitness center and barber shop, and even its mahogany doors and wall paneling.