Is it big enough for both?
Nightclub wars: House of Blues sues Scott Gertner over Houston Pavilions dispute

Dead at 47
How Adam Yauch changed the Beastie Boys: Elder statesman brought group in a new direction
LATEST NEWS
Lock up a tour at the Brown County Museum of History in Brownwood
A perfect storm 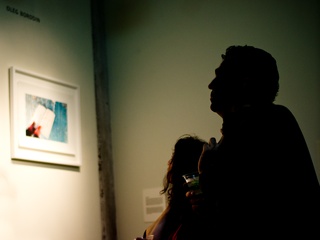 Early estimates indicated that there were 275,000 visits to FotoFest exhibits. Around 10 exhibits at Houston's major museums remain on view. Photo by Chinh Phan 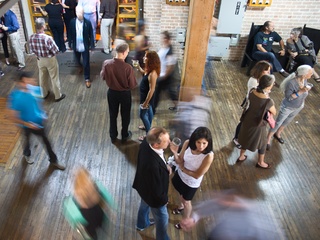 With the exception of a few remaining participating galleries, the 14th FotoFest International Biennial is pretty much behind us since the last of its main exhibits closed last Sunday.

Covering the breadth of Russian photography from the death of Joseph Stalin to the present has been no small task. In fact it's taken six weeks and three massive curated exhibitions just to scrape the surface of a corner of modern art relatively unknown to Western audiences.

Here's a quick look at the past month and a half of programming and events . . . through the magic of numbers.

On March 20, FotoFest’s celebrated International Fine Print Auction offered up 82 framed works donated by artists across the globe, including 30 noted Russian photographers like Oleg Dou, whose print sold for $17,000.

Madeline Brophy of Heritage Auctions in Dallas oversaw the event, which brought out 400 collectors and eventually raised $366,500 for FotoFest's education outreach program Literacy Through Photography. In total, the event saw a 10% jump in dollars raised compared to the 2010 auction.

Not only did the Biennial include 34 artists from the former Soviet Union, but it also drew 60 Russian dignitaries from some of the nation's leading institutions like the Garage Center for Contemporary Culture, the Iris Art Foundation, Stella Art Foundation, ROSIZO, Lumiere Brothers Center for Photography, Photographer.ru, as well as the Russian Federation's Ministry of Culture.

"Thanks to support from both Singapore Airlines and the city of Houston, we were able to secure travel arrangements for a large number of Russian artists and cultural leaders," Hopson noted. "It was really a perfect storm sponsorship this year."

Easily one of the most popular aspects of the Biennial, FotoFest's portfolio review sessions are the artistic heartbeat of the event, providing photographers with one-on-one review sessions with arts professionals from around the world. This year, more than 500 artists met with 165 reviewers representing 31 cultural institutions, 26 publishing houses and magazines, 10 photo festivals, six agencies and two online platforms.

Early estimates indicated that there were 275,000 visits to FotoFest exhibits. Around 10 exhibits at Houston's major museums remain on view. Photo by Chinh Phan