Keep the spirit of Sochi alive with caviar and vodka experience

Keep the spirit of Sochi alive with caviar and vodka experience

Oh, to enjoy some caviar and chilled vodka! In honor of Sochi, of course.  Photo by Marene Gustin 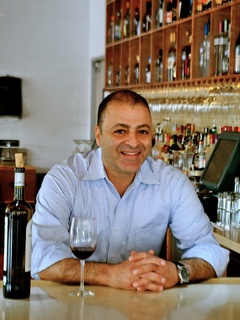 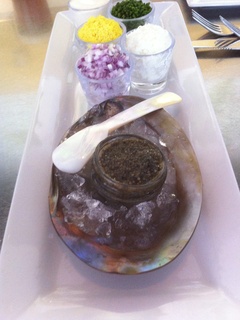 Gently use the mother of pearl spoon to transfer the caviar on top of your tiny open-faced wonder. Photo by Marene Gustin 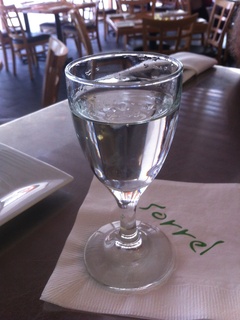 A second round of vodka came, this time Emperia. Photo by Marene Gustin

No, not the events, I mean all the media coverage of Russian culture. Particularly the morning segments on the food and watching Hoda do vodka shots on the fourth hour of the Today show.

Oh, to enjoy some caviar and chilled vodka! In honor of Sochi, of course. Now any good liquor store has Russian vodka and you can buy caviar online and at Spec’s, but what I wanted was to sit down and enjoy a full caviar service like Pesce used to do. Which was probably the last time I had a real restaurant caviar service.

The perfect lunch to celebrate the Russian Olympics.

But I couldn’t wait. I needed a fix now, while the Olympic coverage was still fresh in my mind. And I wasn’t finding any online menus that featured this delicacy. Luckily, I was mulling this over at a lunch at Sorrel Urban Bistro and mentioned it to owner Ray Salti.

“We do caviar service,” he said, “for special holidays. We just offered it for Valentine’s Day.”

“And we can get caviar in a day or two if someone calls and wants it for a special meal,” he added.

So the next day I was back for caviar and vodka.

Now traditionally caviar referred to fish eggs from wild sturgeon from the Caspian and Black seas and included the varieties Beluga, Ossetra and Sevruga caviars. You can still get these delicacies from Russia and Iran (the largest importer of caviar) but today caviar can also refer to roe from other types of fish and even farmed fish, big in China and the United States.

My lunch started with a shot glass of chilled Russian Standard, vodka distilled and bottled in St. Petersburg. It was deliciously smooth sipping vodka, clean and light. Then chef Scott Fernandez brought out a basket of brioche toast points and a long platter bearing a one-ounce jar of caviar on ice, and little shot glasses full of sour cream, chopped egg whites, yolks, red onions and chives.

The caviar was domestic from Paramount Caviar in Long Island; it’s paddlefish roe. (And salt, caviar has a tad — I kid — of salt added to preserve the roe and add flavor so it’s not for those on a low salt diet, although it does provide your daily dose of B12, so that’s a plus. But I digress.) It’s considered a medium size egg; much smaller than Beluga, is a dark gray in color and has a slightly sweet and nutty flavor. It’s from wild fish, not farmed, and is much less expensive than Russian or Iranian roes. And it is wonderfully delicious.

Take a toast point, smear with sour cream (this is very Russian, some services use crème fraîche in place of sour cream), add a dollop of chopped eggs, onion and chives and then very gently use the mother of pearl spoon to transfer the caviar on top of your tiny open-faced wonder.

One is told never to use metal utensils, as they will taint the taste of the delicate caviar. Also, if you buy it for home use always keep it chilled at 38 degrees or below.

A second round of vodka came, this time Emperia, from the same produces of Russian Standard but a premium blend that is filtered through crystal quartz. It was clean and focused with a hint of vanilla and butter. It is my new favorite vodka.

Our waiter, Michael Foster, asked about how we liked lunch (the caviar and vodka tasting costs $65 per person) and reminisced about a New Orleans burger joint, The Fatted Calf, that served a burger called the Romanoff that was opened faced topped with half a boiled egg stuffed with caviar and sour cream. Oh, my, that sounded so good.

All in all, it was the perfect lunch to celebrate the Russian Olympics.

So here’s to Russia and the end of the Olympics in Sochi. You gave us some funny Twitter tweets about bad accommodations, horrible dog stories, Shaun White’s loss and Charlie and Meryl’s gold. Raise a glass of vodka and let’s hope caviar service will soon be back on a lot more menus in Houston.

Oh, to enjoy some caviar and chilled vodka! In honor of Sochi, of course.  Photo by Marene Gustin

Gently use the mother of pearl spoon to transfer the caviar on top of your tiny open-faced wonder. Photo by Marene Gustin