Real Estate Round-Up
It's a happy holiday season for shopping centers: The gloom's gone and high-end sales are hot

Rated the No. 1 'burb in the South: West U is smarter and richer than you (and everybody else)

Rated the No. 1 'burb in the South: West U is smarter and richer than you (and everybody else) 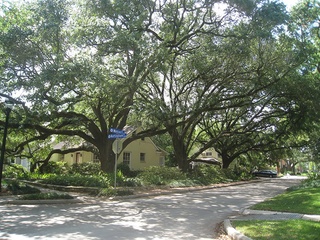 What makes a suburb a awesome suburb? If you said McMansions, refreshing homogeneity and a proximity to a Chili's restaurant, then have we got a suburb for you.

Houston's ritziest city-within-a-city, West University Place, was named the 'burb with the best quality of life in the South by On Numbers.

On Numbers, a Business Journals publication, looked at more than 1,100 cities, towns, villages, municipalities and otherwise census-designated places with populations greater than 10,000 from Maryland to Texas, and graded them on 20 criteria, including household income, poverty rate, length of commute, percentage of professional workers, the percentage of homes that were built after 1990, and the rate of adults that have advanced degrees.

Take that, Hipstrict. West U residents are richer, smarter, better employed and living in newer and bigger houses than any other Houston-area town.

West U had the highest amount of adults with bachelor's degrees (85 percent) of any community in the South, and also scored well on the number of residents with a short commute and on the number of professionals. The unemployment rate for those 25-64 is only 2.69 percent, and the poverty rate for families is only 1.7 percent, with a median household income of $180,000.

West U residents are richer, smarter, better employed and living in newer and bigger houses than any other Houston-area town. Bellaire came in sixth place, Cinco Ranch earned the No. 16 spot, and The Woodlands — sometimes named the coolest suburb — came in at No. 21.

Where is the quality of life not so stellar? According to On Numbers, Galena Park, South Houston and Aldine are Houston suburbs to avoid, coming in at the bottom of the list.