The Arthropologist
SYTYCD star Neil Haskell talks stuntin' in advance of Bring it On: The Musical's Hobby Center run
LATEST NEWS
Mayor Sylvester Turner, Bun B, and more react to Chauvin verdict
The Review is In

Why music matters: A breathless Musiqa concert makes the case for contemporary classical

Why music matters: A breathless Musiqa concert makes the case for contemporary classical 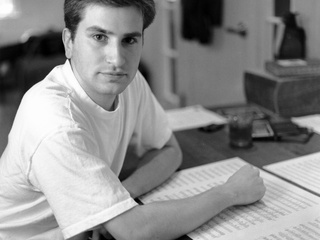 Just when I think I've heard it all, Musiqa shows me up.

Most classical music audiences are attracted by the tunes of yesteryear; affectionately labeled as works by dead composers in white wigs, it's often with reluctant ears that audiences creep into the world of contemporary art music.

Each Musiqa concert presents music you've probably never heard before — some by composers living and working right here in the Bayou City — in a framework that allows for the safe exploration and expansion of artistic boundaries. That's why Musiqa is cherished by art lovers in Houston.

We live today, and though I recognize the importance of learning (and never forgetting) history, it's just as essential to take in — and be in — the present.

The title, "Free of the Ground," originates from Robert Creely's Gnomic Verses, giving a nod to the art of dance and Anthony Brandt's Creely Songs (1999) as well as to the open, assumption-free attitude that best prepares contemporary music devotees for the unknown.

Phillippe Hurel's Tombeau in memoriam Gérard Grisey (1999), a work for scored for piano and percussion, set the program in motion.

Whether it was the dramatic lighting by Jeremy Choate or the physically taxing demands of the composition, pianist Tali Morgulis and percussionist Blake Wilkins executed a breathless performance, a sort of dance in itself.

As Morgulis maneuvered through extended techniques and Wilkins pranced from vibraphone, crotales and gongs while resorting to four-mallet techniques, the choreography between the artists opened a window into their artistic thought process and non-verbal communication.

Amid a rhythmically complex and deliberate tocatta-like launch, where the extreme ranges of each instrument was explored, precise starts and stops gave way to swift flourishes, often ending in percussive chordal strikes crowned by high tessitura crotales.

A hypnotic, moderately static spectral middle developed into a jocular scherzo, returning to the opening effect and ending with a humorous and quirky afterthought.

The music of Karim Al-Zand falls in that intangible intersection of something you've always known and loved, and something you've never experienced before. His Tagore Love Songs (2004) was no exception.

Melding cabaret sass with impressionistic harmonic haze, the listener can readily grasp familiar conventions and be challenged by modern compositional techniques through each of the 13 petit chansons, inspired by the verse of Bengali Renaissance man Rabindranath Tagore's The Gardener of 1913, Lover's Gift and Crossing of 1918 and The Fugitive and Other Poems, written in 1921.

For those that lent Al-Zand an ear, Tagore Love Songs was a delightful, sometimes comical, sometimes witty journey into the love relationship cycle, from courting, flirting and passion to disagreement.

The work was written for mezzo-soprano Aidan Soder and baritone Paul Busselberg, and their performance, alongside pianist Calogero Di Liberto, showed how the composer considered the singers' strengths, which included theatrical virtuosity, substantial range and commanding-yet-comfortable stage presence.

If there was one musical peculiarity, it is that Al-Zand set one of the strophes twice in an effort to depict how each character could feel the text differently.

Brandt's Creely Songs attempts successfully to add syntax to the enigmatic poesy of the writer. The poetry may employ simple, everyday language, but the ambiguity of punctuation leaves many questions unanswered and unpredictable outcomes amid stillness, humor, tension and despair.

The big piano writing sprinkled with dramatic tonal cadences could only be balanced by the robust, thespian voice of soprano Karol Bennett, for whom the six-part cycle was written.

When speaking to the audience, Muñoz's humor and honesty has the ability to brighten and lighten the audience's tenor. But his De Amor Y Muerte is nothing of the sort. It's passionate, sexy and tragic, such that it commands ceaseless contemplation. The movement language is familiar, and so is the theme of the femme fatale. And though there's a clear expectation of the transgression of events, there's a thrilling suspense forged by the ideal synchronization of dance gestures and musical ideas.

Brandt once said to me that unlike technology, innovation in art has nothing holding it back.

If an artist can think of it today, it can be done today. It's the reason why future trends can't be identified nor predicted. Art will do what artists want it to do, and this Musiqa concert, like others I have attended, reinforces the tenant that performances like these keep audiences reflecting many days after the curtain falls.

Find fluff and fun with this playful chow mix named Walter
Fetch the leash and sneakers for Houston SPCA's iWalk for Animals fundraiser
Claim Chester, a playful shepherd mix at Houston SPCA, for your family

The artisan behind the MFAH's new cafe, plus fine dining in Montrose
A dynamic duo of French baking, plus dishing on James Harden's eatery
Space Cowboys and other new Houston hot spots, plus more food news