Pix of the day
The real big bang: When a full moon outshines the fireworks
LATEST NEWS
Plan a sweet getaway with Southern charm in Lake Charles, Louisiana
Chasing history 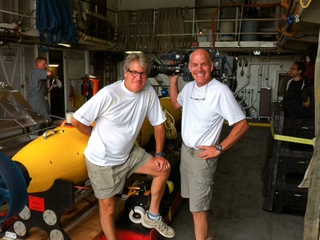 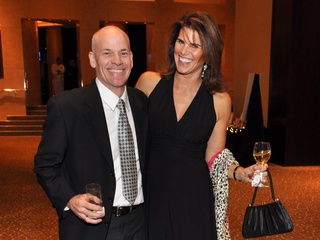 When not on the road filming network news stories, the cameraman works with his wife at Lisa Malosky Productions. Don Friedell , Lisa Malosky Photo by Michelle Watson/LastNightPics.com

Emmy Award-winning cameraman Don Friedell has had his share of interesting assignments in his 30 years behind the camera, but few have intrigued him as much as his current gig on The Earhart Project.

He's part of a Discovery Chanel team joining The International Group for Historic Aircraft Recovery (TIGHAR) expedition to the waters of the South Pacific where they hope to find the remains of Amelia Earhart's Lockheed Electra. Their destination is Nikumaroro, formerly Gardner Island.

"He's done a lot of amazing things all over the world," Malosky says. "This ranks right up there for him."

Houston-based Friedell and wife Lisa Malosky have called a brief hiatus for Lisa Malosky Productions while he works this project. "He's done a lot of amazing things all over the world," Malosky says. "This ranks right up there for him."

The eight-day boat trip from Hawaii will culminate in 16 days exploring the island and shark-infested waters where Earhart's plane is believed to have gone down 75 years ago. It's a privately-funded $2.2 million project that the Discovery Channel will present as a documentary in August.