The Best Of The Road
Travelin' eats: The best burgers in Austin — when a Top 10 simply isn't enough

Is Denver the big winner in United-Southwest-Hobby spat? Houston-New Zealand nonstop up in the air

Is Denver the big winner in United-Southwest-Hobby spat? Houston-New Zealand nonstop up in the air

By Clifford Pugh
May 29, 2012, 2:59 pm
The United Dreamliner set to soar out of Denver. Courtesy of United Airlines 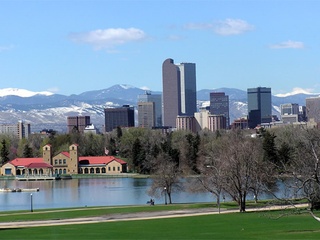 Is it our imagination, or is United Airlines revving up its service out of Denver as a warning of things to come in the wake of Southwest Airlines' proposal to operate international flights from Houston's Hobby Airport?

In the last week, United officials have sent two press releases touting enhanced service out of the Colorado capital. In the spring of 2013, the carrier will launch daily, nonstop service between Denver and Tokyo Narita International Airport on the new Boeing 787 Dreamliner.

The Denver-Tokyo service, which begins on March 31, 2013, pending government approval, will be the first commercial 787 flight on a U.S. airline. That honor was expected to go to Houston George Bush Intercontinental Airport, with United nonstop 787 service to Auckland, New Zealand, but those plans have apparently been put on hold pending the outcome of Southwest's bid to offer international service from Hobby.

United will also expand service between Denver and Anchorage year round. It currently operates flights between the two cities only during the summer.

"We will have to reallocate some resources, including the 787 that we had planned to operate from Houston to Auckland, New Zealand."

In addition, the airline announced nonstop service from Denver to two new cities: Shreveport, La., beginning Aug. 28, and Grand Forks, N.D., starting Oct. 3. Such smaller cities are usually added when an airline builds up a hub for connecting flights to international destinations.

United spokesperson Mary Clark said that the announcement of the Denver-Tokyo route is not connected to Southwest Airlines' proposal to fly internationally out of Hobby Airport and does not affect current Houston-Tokyo air service.

However, if international flights are approved for Hobby, Clark confirmed what other United officials have said: Expect less nonstop air service to far away destinations.

"We will have to reallocate some resources, including the 787 that we had planned to operate from Houston to Auckland, New Zealand. That flight is heavily dependent on connecting traffic and won’t work if this proposal is enacted," Clark said in an email.

"Opening this next frontier of opportunity with a nonstop flight to Tokyo will create new jobs, generate more than $130 million in annual economic benefit to Colorado, and elevate Denver as a world-class city on the global stage," he said in a statement. "Together with many of our business and civic partners, we have worked for nearly a decade to secure this flight. Thank you to United Airlines for their commitment to the Denver market and DIA."

The United Dreamliner set to soar out of Denver. Courtesy of United Airlines