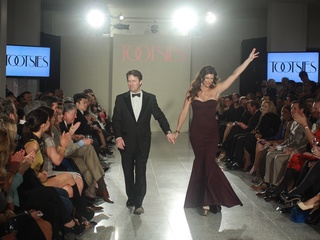 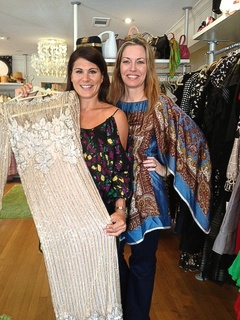 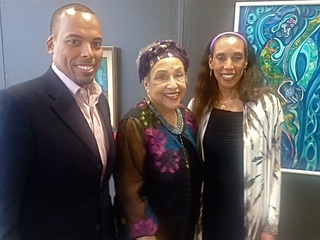 Before everyone leaves town for cooler climes (and, believe me, plenty of the swans have already departed), Michael and Melissa Mithoff opened their new River Oaks home to supporters of Society for the Performing Arts with a kickoff party in anticipation of the annual fall luncheon, which they are chairing.

Center of attention on this evening was Ginni Mithoff, Michael's mother, who has yet to depart for the family vacation home that she shares with husband Richard Mithoff in Park City, Utah. She will receive the Ann Sakowitz Performing Arts Advocate Award at the Oct. 9 fundraiser that will feature Molly Ringwald as guest speaker.

The gals at Cheeky Vintage, particularly Tina Davis, are still buzzing over excitement earlier this week when LA stylist Ali Kahn arrived to do a bit of shopping for her client, actress Mayim Bialik, for the upcoming Emmy Awards.

Tina reports that the actress loves wearing vintage so the stylist selected several gowns and cocktail dresses for the red carpet and for parties surrounding the Emmys.

Holocaust Museum Houston has announced that Kelly Zuniga will assume duties as the museum's new executive director on July 17. She replaces the highly-respected Susan Myers, who retired in May after having held the post for 12 years.

Zuniga joins the museum from her post as executive director of the Houston Community College Foundation. She will be charged with leading the museum through its visions for the future which include expanded outreach, an enlarged and updated physical plant and enhanced programming, that according to museum chair Mark Mucasey. He added that Zuniga was selected from a field of more than 150 candidates.

The Houston Museum of African American Culture (HMAAC) saluted artist Eleanor Merritt at a reception celebrating the opening of a retrospective of her work. Based in Sarasota, Fla., the artist and family members — husband Chris Darlington, daughter Lisa Merritt, granddaughter Amara Merritt — flew in for the reception that drew collectors from across the country. Merritt  is a winner of the Women's Caucus of Art Lifetime Achievement Award and a charter member of the National Museum of Women in the Arts.