Powerhouse lawyer, heavy-hitters in heels and a priest on a mission shake up the Houston spring scene

Powerhouse lawyer, heavy-hitters in heels and a priest on a mission 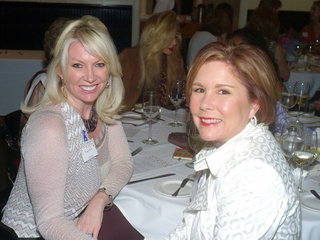 It seems that spring is the awards season and a time for celebrations of personal success. First on our radar is the much-admired trial lawyer Robin Gibbs, who has been honored by Texas Appleseed at its annual Visionary Society Reception.

Carol and Mark Glasser opened their River Oaks home for the salute to Gibbs, a long-term Texas Appleseed board member. He was recognized for his continuing dedication to public interest work that helps protect and aid vulnerable Texans.

Barbara Hines rolled out the red carpet for Alexander Beridze, Gold Medalist of the World Piano Competition, in Aspen last summer when he performed at the Aspen Music Festival. Next week, she will put out the welcome mat at her River Oaks abode when Beridze arrives in Houston.

He will perform in recital at Rice University's Shepherd School of Music on April 3 and will be staying at the Hines home.

Educator loved by all

Since his return from a missionary assignment in Africa in early January, Father T.J. Martinez has been busy, busy in his role as president and founder of Cristo Rey Jesuit College Prepatory.

In addition preparing for the opening of Cristo Rey Jesuit Center for Mission and Ministry (a residence for Jesuits working at Cristo Rey Jesuit  as well as a center for holding small conferences and events), recruiting a freshman class of 160 students and securing more corporate work-study sponsors (now more than 130) to ensure that every single student has a job. He is also raising funds to build a new education center for the rapidly growing student body, which began with 80 students five years ago and today has close to 450.

Certainly all of that and other accomplishments have contributed to his selection to receive the Sorin Award for Service to Catholic Schools, sponsored by the University of Notre Dame's Alliance for Catholic Education.