Shelby's Social Diary
$350,000 for one hour: A beautiful friendship brings the University of St. Thomas musical love
LATEST NEWS
River Oaks luxury high-rise residents unsure of when they can return
Shelby About Town 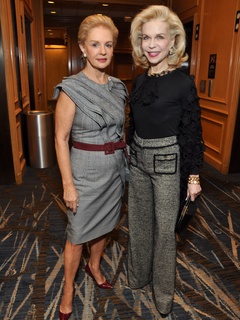 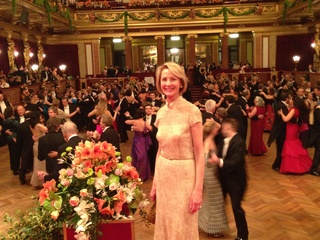 The powers that be at Houston Ballet, not to mention ball chairs Dr. Kelli Cohen Fein and Martin Fein, are kicking up their heels over news that ball honoree Lynn Wyatt has nabbed international fashion designer Carolina Herrera to join the party. The fab femmes have been close friends for years and Carolina is on board to celebrate La Wyatt.

And that, my friends, puts serious fashion pressure on the ladies who are polishing their pearls and retrieving their diamonds from the vault for the gala evening on Feb. 16 at Wortham Theater Center. Among them are mega-underwriters Diane Lokey Farb and Margaret Williams, two who know a thing or two about spectacular dressing and diamonds.

That would be our town's Fran Fawcett Peterson, who is in Vienna visiting family and taking in the most glorious activities — attending the historic Vienna Philharmonic Ball held in the grand hall of the Musikverein. She attended the ball with her cousin, Karin Peterson Trip, and is bunking with another cousin, Ambassador Ian Kelly and his wife, Francesca.

Ian is U.S. Ambassador to the Organization for the Security and Cooperation of Europe.

Her Austria visit includes five operas and a jaunt to Salzburg.

No one escapes the big 3-0 without a suitable celebration. Just ask Erica Hittner, who was completely surprised when hubby George Hittner threw a casual birthday bash at Escalante in Meyerland to celebrate her three decades.

Alas, Erica’s parents could not be there as they are in Thailand with dad on assignment with ExxonMobil. George’s mom, Dr. Helen Mintz-Hittner, was in India giving a speech (she's a world-renowned expert in pediatric ophthalmology).

Wade Sadler and Kevin and Kristina Frankel, chairs of the Feb. 23 Houston Zoo Ambassadors Gala, kick-starting the fun at the Tasting Room Wednesday night with members of the Ambassadors group., all getting their ducks in a row for the party at the zoo . . .

The heavy-hitter lunch crowd at La Griglia including David Wuthrich and Jim Daniels at one table and at another Kristi Schiller, Ryland Holmes, famed criminal attorney Chip Lewis and Oklahoma City criminal lawyer turned photographer Josh Welch. The two gents are both members of K9s4Cops, the non-profit founded by Kristi and directed by Ryland. Add Cindy Clifford, Lee Kaplan and Liz Ghrist to the mix at various tables.