Foodie News
The low down on Down House: It's Houston's newest, cutest cult of coffeehouse cool
LATEST NEWS
Hoffman on the Houston stars dominating the Radio Hall of Fame awards
Foodie News 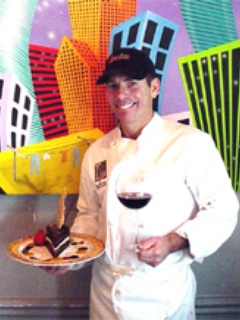 It looks like the Heights is finally getting some Ruggles love.

As first reported by Swamplot, the 11th Street Cafe, a longtime fixture at the corner of Studewood, has been purchased by Ruggles owner Bruce Molzan. But the space will not become the third iteration of the popular Ruggles Green concept. Instead it will be a new, more casual eatery simply called Ruggles 11th Street Cafe.

"It was the first name I thought of, so why not?" says Molzan.

The new version of the cafe is set to open in the next week or two, and Molzan says he is currently working on the menu.

"I haven't figured it out completely yet," says Molzan. "It'll have some breakfast-y stuff, lunch ... the kind of place people can have a burger, maybe some unique fries. There will be some organic stuff, though."

Molzan has added new booths (Ruggles Green fans might recognize them) and replaced the sound, a/c and kitchen equipment. He's keeping most of the cooks and employees from the old 11th Street Cafe, and adding a wine and beer and extending the hours for late nights, aiming for an "Austin feel."

Are you looking forward to the Ruggles version? What do you want Molzan to keep from the original?