The Bag Snob is no snob at all: Tina Craig influences designers & shoppers by democratizing fashion

The Bag Snob is no snob at all: Tina Craig influences designers & shoppers by democratizing fashion 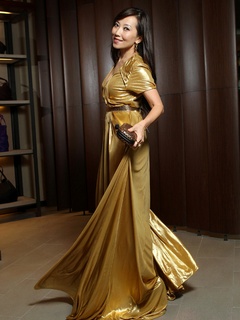 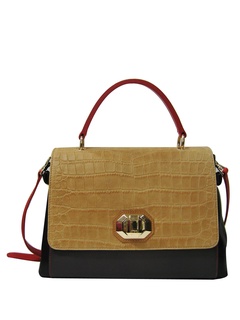 Don’t judge a bag by its cover.

That’s the takeaway from my chat with Tina Craig, creator of Bag Snob, one of the most influential style blogs on the web. Craig showed her denim collaboration with DL1961 Premium Denim at Tootsies and still seems a little awestruck by the attention paid to the “online journal” she and her best friend started back in 2003.

The fact Craig was in Houston for her own personal appearance in conjunction with her denim collaboration was truly thrilling and it showed.

But come on, with a name like Bag Snob (or Shoe Snob, Tot Snob, Couture Snob) you have to expect some kind of elitism, right?

“All the 'snob' means, is that you have a certain taste in life. I have a T-shirt I bought at H&M for $4.99. It’s my favorite shirt. I wear it pressed because it’s my taste, but the 'snob' is all tongue-in-cheek,” Craig says.

“All the 'snob' means, is that you have a certain taste in life. I have a T-shirt I bought at H&M for $4.99. It’s my favorite shirt. I wear it pressed because it’s my taste, but the 'snob' is all tongue-in-cheek,” Craig says.

It is her taste level and upfront honesty that have cultivated her ardent followers. Between Twitter and Facebook she has 50,000 followers and many more on The Bag Snob blog. It has also caught the attention of the fashion industry’s most influential designers, who not only read what she writes, but take it into consideration.

“Michael Kors told me we called him and other designers out,” Craig says. “Christian Louboutin reads everything written about him because it is so close to his heart.”

One bag at a time

Blogs like the Bag Snob have democratized fashion, she says, making designers really consider the women they are designing for. She’s knowledgeable and opinionated, and although the Bag Snob and its continued evolution is a full-time career now, the blog's beginnings were much simpler. The site started with just $30 and was designed by her BFF’s software engineer husband.

“It’s all been so organic. I always say we are taking over the world one bag at a time,” Craig says.

She and partner in all things Bag Snobbery, Kelly Cook, have expanded the concept to include beauty, couture, shoes, jewelry and fashion for tots. Craig’s collaboration with DL1961 Premium is another extension of the Bag Snob brand.

She previously worked with DKNY on a limited edition collection of five bags: The Tote, The Treasure, The Travel, The Trendy and The Clutch.

Blogs like the Bag Snob have democratized fashion, she says, making designers really consider the women they are designing for.

This time, it was a week’s worth of denim to suit any mood and every event. There’s a weekend pair and a cocktail pair and every pair was designed by Craig to include all elements of a woman’s life.

“I’m a busy mom. I carpool, I help my son do homework, I work, I go out. You have to balance life. Women want essentials and that’s what this collection gives them.” Craig says.

The designing gig is still relatively new for Craig, but she has always loved writing and when her parents suggested she also pursue a business degree, she relented, graduating with a degree in international finance from the University of Southern California. A stint as a VJ on MTV Asia and a long-held love for fashion meant she was destined to pursue something outside the lines.

Craig is a big personality in a tiny package and her designer stories belong in a book or, please, Bravo, if you’re reading, a reality show. Just the way the site was discovered is a tale.

Be good to everybody

“I had been corresponding with a woman who I thought was a 20-year-old college student saving up for her first designer bag. She thought I was a cranky 60-year-old woman from the Upper East Side,” Craig says. “Turns out she was Linda Grant, an award-winning author whose best friend was the editor-in-chief of British Vogue, Alexandra Shulman. Be good to everybody because you just never know.”

And when there is a bad review? What happens to her friendships with the designers then?

Cameras would lap up her trip to Milan where she was invited to preview Bottega Veneta’s Initial Program and her dinners with Diane Von Furstenberg, where she is greeted with kisses on the cheeks and discounts at her DVF stores.

“You experience Diane. The first time I met her she asked everyone, “Where is the bag girl?” grabbed my cheeks and kissed them. We have been friends ever since,” Craig says.

And when there is a bad review? What happens to her friendships with the designers then?

“I have been taken out to lunch or dinner by designers' PR people who ask me to change what I wrote and I tell them I won’t do that. It’s my opinion. But, I do think carefully about what I write. There are real people and real feelings behind that bag,” Craig says.