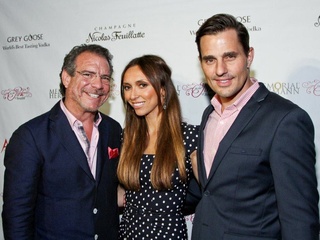 Headliners at the VIP reception for the Rancics at The Woodlands Americas.  Michael Cordua , Giuliana Rancic , Bill Rancic Photo by Kim Coffman 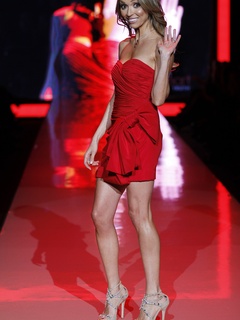 Popular reality TV star Bill Rancic of Giuliana and Bill announced Thursday that he will be a judge on next season's Celebrity Apprentice.

While in town to headline the Memorial Hermann "In the Pink of Health" luncheon, Giuliana Rancic and Bill not only charmed the VIP reception crowd at The Woodlands Americas but also shared the scoop. In a Q&A with High-Tech Texan Michael Garfield, Bill told  the packed gathering that he will return to the show where he won initial fame as the winner of season one. He said that this was the first announcement of that news.

Since winning the slot with Donald Trump on Celebrity Apprentice, you might recall that  Bill married E! News co-host Giuliana. They launched their reality show on the Style Network. They tried to get pregnant. She was diagnosed with breast cancer and underwent a double mastectomy and reconstructive surgery. They had a baby by surrogate.

Today, after her recovery from cancer, they are touring the country on Giuliana's mission of advocacy, awareness and early detection for breast cancer patients.

And that's what brought the couple to Houston as featured speakers at the breast cancer fundraiser, held Friday at The Woodlands Waterway Marriott.

Thursday night, they were feted by Michael and Lucia Cordua at the cocktail reception at The Woodlands Americas, where more than 300 gathered to greet the popular Rancics.

Headliners at the VIP reception for the Rancics at The Woodlands Americas.  Michael Cordua , Giuliana Rancic , Bill Rancic Photo by Kim Coffman