Links we love today
The week's weirdest music videos, pining for an Air Hotel, the perfect murder weapon and more 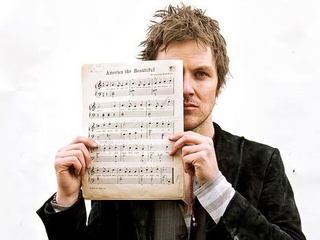 Charlie Mars has traveled the country from coast to coast, palled around with the likes of Bob Schneider and Mary-Louise Parker and released five albums (with another one coming just a few months away). His songs sound like the kind of music James Taylor would have played if Taylor had come of age during Ryan Adams’ version of the aughts.

In fact, Mars has recently been recording and touring with keyboardist John Ginty (of Adams’ old band, Whiskeytown), placing Mars a few short degrees away from the Adams connection.

Mars' songs sound like the kind of music James Taylor would have played if Taylor had come of age during Ryan Adams’ version of the aughts.

As Mars’ body of work continues to grow, it’s exciting news that the young musician is beginning to make the most of the Texas music scene. He has two albums at Jack Rock’s Hill Country studio and wrapped up a couple of residency stints at Austin’s Saxon Pub last year.

Most of Mars’ familiarity with the Texas music scene centers on the Hill Country, but he should feel right at home while playing a special solo set at McGonigel's Mucky Duck Thursday night.

The songwriter isn’t a complete stranger to Houston, having opening for Marc Broussard at House of Blues in 2010, but The Mucky Duck’s atmosphere will offer something that not all venues can;  that communal experience that often happens when the music fills a room that isn’t much larger than a spacious den.

Knowing all of this about Mars, I was eager to chat with him about some of his impressions of the Bayou City thus far. Throughout the conversation, he was keen to talk Mexican food and record stores, and even let me in on a little bit of what to expect from his upcoming show.

“A performance is a great opportunity to build a bridge between the audience and the performer. I love that connection," Mars said during a recent phone conversation, adding that he really looks forward to playing at McGonigel’s.

In past visits he wasted no time finding Houston’s long-time music mecca, Cactus Music. Now you can count him among the many musicians who can’t get enough of the store. According to Mars, Cactus is a “killer store.  The way it ought to be.”

In past visits Mars wasted no time finding Houston’s long-time music mecca, Cactus Music. Now you can count him among the many musicians who can’t get enough of the store.

He was equally enthusiastic about our authentic Tex-Mex, a cuisine that seems to be irresistible to any visitor I’ve ever met. He says Houston Tex-Mex is “comparable if not better than Mexican food in Austin.”

Upon reading that comment, I’m sure that Culture Map readers will have a handful of restaurants that will help guide Mars firmly in the Houston camp, so please feel free to comment (*cough* El Real and El Tiempo *cough*).

Throughout the conversation, I got the sense that Mars is hopeful that Thursday’s show will be the first of many here in Houston. He plans to come back with his full band later in the fall to promote his forthcoming album, Blackberry Light, and hopes to become more familiar with our city with every new visit.

Though his new album will feature many of the same musicians as 2009’s Like a Bird, Like a Plane, he will be reworking the new material for a quieter solo acoustic performance Thursday evening. When asked what fans should expect, Mars promised a set full of material from Blackberry Light, but longtime fans can expect older favorites as well.

If past performances are any indication, expect much more than songs. Mars loves building those bridges to his audience through stories, jokes, and onstage banter, so the night is sure to be lively at the Duck.