A perfect storm
FotoFest by the numbers: International Biennial draws record attendance
LATEST NEWS
These are the 11 hottest concerts to catch in Houston this month
Is it big enough for both? 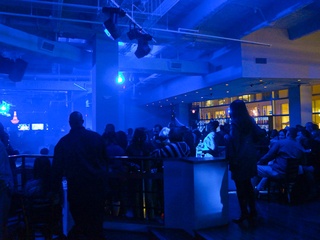 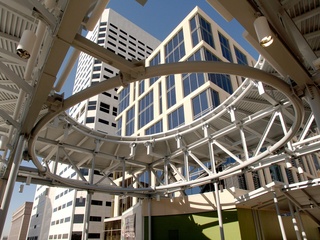 That document stipulates that the House of Blues has "Exclusive Use" as a live music entertainment venue and a restaurant serving "Mississippi Delta (Cajun)" cuisine. The exclusivity clause continues that another occupant may host live music events as long as its capacity doesn't exceed 400 and or offer presale tickets.

According to the lawsuit, filed by Jeff Lefkowitz of Andrew Myers P.C. on April 30, the House of Blues has learned that Gertner's space far exceeds 400 persons, has plans for expansion to a rooftop bar and offers VIP memberships (which could, depending on the precise rules and circumstances, look like a pre-sale ticket).

The venues are fundamentally different places that attract very different clientele. Do you see the two as competitors?

After shuttering his Montrose Skybar in June 2010, Gertner announced as early as December 2010 that he would relocate his club at the Houston Pavilions, with "an enclosed roof bar and open-air terrace, as well as a VIP lounge with a private balcony."

After many delays, Scott Gertner's at Houston Pavilions opened in February 2012, and the installation of the rooftop features began to take shape in mid-April, as reported by Swamplot.

While we understand the need to uphold a lease agreement, the venues are fundamentally different places — with Latin nights and strict dress codes codes at one, and national touring acts and an "anything goes" attitude at the other — that attract very different clientele. Do you see the two as competitors?

CultureMap could not immediately reach Fowler or Gertner for comment.