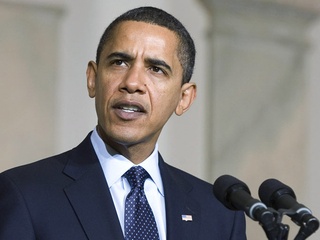 How many times are we going to hear about celebrities complaining about how rich and mistreated they are? Leave it up to comedian Jon Lovitz to speak out the apparent "truth."

If you're a familiar with Lovitz's dry humor, you can always depend on him to start a little controversy with his loud mouth. But anything involving politics takes a deft touch that the comedian just doesn't have.

The Saturday Night Live alum and comedic film star went off on a profanity-filled rant on his weekly podcast, ABC's of SNL, co-hosted with filmmaker Kevin Smith. After quoting President Obama's accusation on how celebrities don't pay taxes, Lovitz then unleashed an attack on both Obama and his co-host.

“This whole thing with Obama saying the rich don’t pay their taxes is f--ing bullshit. What a f--ing a--hole. First they tell you–you’re dead broke. So then you go for it, and then you make it, and everyone’s like, f--- you," Lovitz angrily spoke out. "He’s the president of the United States. And now he’s like, ‘F--- me and everybody who made it like me.'"

Since the Occupy Wall Street movement is still fresh in everyone's minds, Lovitz had a few words left over to speak on the issue when Smith accused him of offending the 99 percent. "You're masquerading as a 99%er!"

Lovitz continued to insult his fellow co-host with even more explicit phrases too heavy for any podcast.

It seems like Lovitz could be out of a job soon if he keeps up with these jabs that are not particularly amusing or creative. He could also work a little on his eloquence, but that might be too much to expect from someone best known as Tommy Flanagan the Pathological Liar.

Hear the audio of Lovitz's rant on The Huffington Post.