Beyond Bad Taste
Women tweet that they'd "love" to be beaten by Chris Brown: The big Grammys fail
LATEST NEWS
The Houstonian Club invites diners into 'The Kitchen' with new eatery
A Family Man 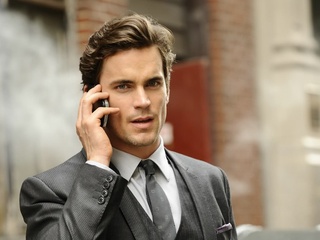 Houston native Matt Bomer, the ridiculously good looking star of White Collar and the soon-to-be-released male stripper fantasy-film Like Mike, has dashed the hopes of women everywhere by publicly coming out.

It wasn't a big secret, it seems — Bomer has a long-time partner, Simon Halls, with whom he has has three kids — but it was a shock to the system for the general public Saturday when at the Steve Chase Humanitarian Awards, where he accepted an award for his HIV/AIDS activism, Bomer thanked his partner and "beautiful family."

I didn't know that it was too much to hope that a guy who likes girls could be so elegantly groomed. Excuse me while I weep into this fine kerchief (fine, it's a used banh mi napkin) over the simultaneous revelations that I will never have Matt Bomer nor a family as cute as his.

Bomer, who is from Spring, has already been hailed as The Next Ryan Gosling.

"Thank you for teaching me what unconditional love is. You will always be my proudest accomplishment," Bomer told his fam. You can't Hallmark that.