In new job, Wayne Dolcefino targets Mayor Parker, but is there anything to uncover?

In new job, Wayne Dolcefino targets Mayor Parker, but is there anything to uncover? 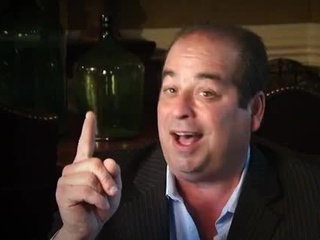 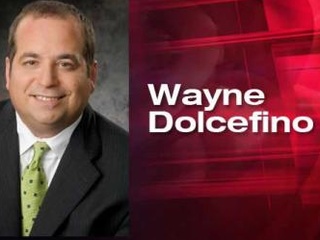 Wayne Dolcefino in a promo photo that appeared on the Channel 13 site when he worked there. Courtesy of KTRK

Don't expect to see Wayne Dolcefino on TV anytime soon. The former Channel 13 investigative reporter, who abruptly left the station on Thanksgiving eve, has made himself over as media and political consultant.

Dolcefino told CultureMap he has formed a new company called Dolcefino Communications and that his first client is former city attorney Ben Hall, who plans to challenge Parker in next year's mayoral race.

"I really give a shit about this town," Dolcefino said. "And I think I have my best shot at success here."

Dolcefino said he has been hired to do "opposition research" for Hall.

The hardcharging Dolcefino often set his sights on politicians during the nearly 26 years he headed the ABC-owned station's 13 Undercover unit. His investigations led to the resignation of Harris County Commissioner Jerry Eversole and indictment of Harris County Constable Victor Trevino.

But his involvement in the 1991 Houston mayor's race between businessman Bob Lanier and State Rep. Sylvester Turner landed Dolcefino in court and led to mass protests against him in front of the KTRK station.

A week before the election, Dolcefino aired a story that dubiously linked Turner to a $6.5 million insurance scam. Turner, who sought to become Houston's first black mayor, lost the race and sued the station and Dolcefino for libel. Turner won a $5.5 million verdict in 1996. It was subsequently overturned by a court of appeals, a decision that was upheld by the Texas Supreme Court.

Parker may be a tough politician to find dirt on, since Dolcefino never targeted her during his years at Channel 13 and she has had a squeaky clean reputation as city councilman, controller and now mayor.

"As a public official for 15 years, Annise Parker’s record is an open book. It’s sad that Mr. Hall’s first announcement, instead of talking about issues, is talking about digging up dirt on his opponents," Parker campaign spokesperson Sue Davis said in an email statement.

In addition to opposition research Dolcefino says his new company will deal in media training, crisis management and damage control — something he feels uniquely qualified to do given his years as an investigative reporter.

Dolcefino, 55, won't talk on the record about his departure from Channel 13 — we're guessing he got a fat settlement to keep quiet — but it wasn't due to health reasons. He has MS but the illness never affected his ability to do his job.

He declined to speculate on reports that he and lawyers for Disney, which owns Channel 13, increasingly butted heads over his style of reporting.

He says he had offers to go outside of Houston, but wanted to remain here because of family considerations. "I really give a shit about this town," he said. "And I think I have my best shot at success here."

And, he added, "I'm having more fun than I have in a long time."