A keyboard — gross!
What's an iPad? Why you need an Amazon Kindle Fire, no matter what

Feel-good TV
The Top 5 inspiring moments from Gabrielle Giffords 20/20: From Lauper to mom to love
LATEST NEWS
Houston musicians rock out a list of the best tunes to play at home
Money Talks 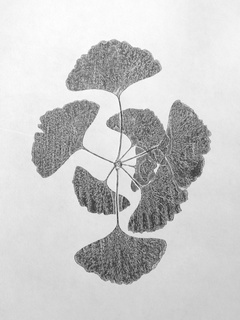 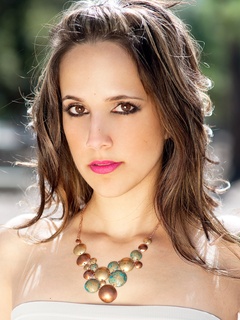 WHAM is more than just an art sale. It's an ecomonic opportunity in addition to a training ground for local artists.  Photo by David A. Brown

It's a nonprofit event.

Spacetaker's Winter Holiday Art Market at Winter Street Studios, known to the indie-arty scene as WHAM, is now celebrating its sixth year of matching local artists with patrons hungry for unique, hand-crafted gifts. The three-day juried art bacchanal begins Friday night with a preview party and continues through the weekend.

Expect more than 3,500 enthusiasts to browse through the works of more than 60 artists who call the Bayou City their home. Paintings, sculpture, photography, jewelry, clothing and a large variety of accessories will be on display — and for sale.

"[WHAM] introduced me to lots of potential customers who then purchase from me during the rest of the year," photographer Tracy Carlson says. "It's like the gift that keeps on giving."

WHAM has its roots in a yearly student sale previously hosted by the Glassell School of Art. When the education institution stopped organizing the function, it was Glassell professor and ceramicist Shane Tidwell who worked with developer Jon Deal to refashion the market at Winter Street Studios.

Jenni Rebecca Stephenson, Spacetaker's executive director, attributes WHAM's exponential revenue growth to a change in communications messaging and educational strategy. Such growth, in the face of a sluggish economy, is a direct result of a collective effort of artists, staff and volunteers.

"It became evident that the most powerful way to make the event a success was to give artists the tools to hit the pavement, to market and to sell," Stephenson explains.

The inclusion of this educational component is focused on helping artists learn how to better display their creations, how to price items appropriately, how to work judiciously to offer the right product and understand how much merchandise they should have for the shopping fete.

"WHAM became a training ground in addition to an economic opportunity," Stephenson says.

Such an action plan is aligned with the nonprofit rasion d'etre of providing artists with economic development opportunities and educational support.

"At a gallery there is little chance to communicate directly with patrons, but WHAM provides the opportunity to learn from potential buyers what interests them," David Webb says.

"Participating in this event has been an extremely positive experience," jeweler Carmen Anderson of Carmen Anderson Designs, says. "Spacetaker not only provides a nurturing environment for artists to showcase their work, but it has also provided the patrons a venue to contribute financial support of local artists."

A large percentage of WHAM shoppers are aware they are directly supporting artists. For Anderson, this is humbling and affirming and fuels her to continue in her chosen field.

The earned income allowed her to continue her art education and funding the purchase of additional tools.

"At a gallery there is little chance to communicate directly with patrons, but WHAM provides the opportunity to learn from potential buyers what interests them," David Webb says. "Patrons have suggested designs for my stamp print replicas, and directed me to local sources of botanical material for my plant prints."

Webb credits the market for supporting his career and accounting for 10 percent of his yearly income. At that amount, it is the largest single source of his revenue in the last two years.

Despite some reports that economic development funding from the Texas Commission on the Arts had been eliminated, Spacetaker was encouraged to apply and received a matching grant in the amount of $1,500 in support of the program. Wells Fargo is the market's biggest sponsor.

"Unlike a lot of art shows, people come to WHAM to buy, not just to look," photographer Tracy Carlson explains. "It introduced me to lots of potential customers who then purchase from me during the rest of the year. It's like the gift that keeps on giving."

For Carlson, the exposure he received at WHAM in 2010 led to three solo shows in 2011. A vendor breakfast facilitates dialogue between local gallerists, designers and shop owners, leading to more opportunities.

"Before WHAM last year, my jewelry was not in any retail stores," Kristen Kramlich of Frilled and Feathered notes.

Frilled an Feathered now can be found in nine stores and galleries in Houston, Austin, California and Canada, and Kramlich credits the market for her success.