Creepy M.D. Anderson worker recorded 30-plus upskirt videos of women, according to police

Creepy M.D. Anderson worker recorded 30-plus upskirt videos of women, according to police 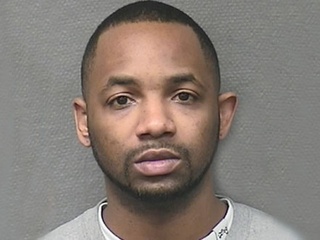 Gross  . . . A worker at the University of Texas M.D. Anderson Cancer Center has been assembling quite the creepy video collection, according to the police who recently accused 30-year-old Jevon Gunn of secretly making "upskirt" recordings of various women in and around the hospital parking garage.

An employee at the cancer center told UT law enforcement that, on Oct. 8 around 4:30 p.m., Gunn had followed her from the parking lot to the elevators. After several moments, the woman turned around to find Gunn fumbling through his laptop bag on the ground. It was then that she saw a reflection of his cellphone, which, according to court documents, she believed had been recording.

T he woman turned around to find Gunn fumbling through his laptop bag on the ground. It was then that she saw a reflection of his cellphone.

"Excuse me?" she said to Gunn. But when a fellow hospital employee entered the elevator, the complainant said she wanted to avoid making a scene.

UT officers examined Oct. 8 surveillance footage of the garage to find Gunn caught on camera. As the woman enters the elevator, the man extends his right arm and holds the cellphone under her dress. The woman is completely unaware.

"Many individuals probably never realize that they're being taped inappropriately," UT investigator Stephen Happ tells KHOU. "They'll never know unless somebody points it out to them."

When police confronted Gunn with surveillance images of him busy at work in the elevator, he quickly confessed. In total, he secretly recorded at least eight women since July 2012, inspired by YouTube clips marked with the "upskirt" tag.

His technology of choice? A Samsung Galaxy smartphone, which ended up containing more than 30 videos.

Gunn was charged with improper photography/video and released on a $2,000 bond. He has been fired from his post at M.D. Anderson.