Hometown Glory
California told it needs to learn from Texas by national magazine as Houston is ranked No. 1
LATEST NEWS
Houston's CityCentre brings the heat with summer events and deals
It started on the Internet

Halliburton senior vice-president and six others nabbed in prostitution sting

Halliburton senior vice-president and six others nabbed in prostitution sting 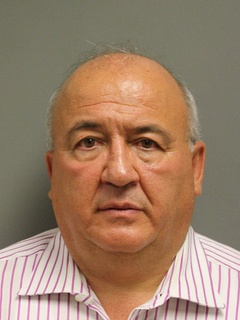 A Halliburton senior vice president and six others were arrested Thursday in an undercover prostitution sting in north Harris County. The Harris County Sheriff’s Office vice unit focused on suspects soliciting sex online and set up the sting operation from a motel located off I-45 and FM 1960.

Female undercover deputies advertised as escorts on the Internet and arranged for solicitors to meet them at the prearranged location. Once suspects arrived and made an agreement with the undercover deputies to receive sexual services in exchange for money, they were arrested, an official said.

Those arrested included Joseph Andolino, 59, who joined Halliburton as senior vice president of the tax department in 2011. On the Halliburton website, Andolino is included on the list of the company's top corporate officers.

In an email, Halliburton confirmed that Andolino works for the company. "We expect our officers and employees to maintain high standards of professional and personal conduct, but we do not comment on personal matters," a company representative wrote.

The sheriff's office will continue to conduct similar reverse prostitution operations targeting not only those who solicit sex but those who sell sex as well, an official said.