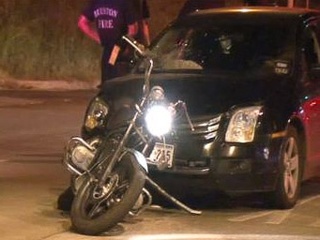 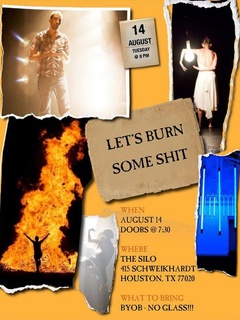 The Silo performance space is hosting the first of several planned memorial services Tuesday night at 8 p.m. The Silo/Facebook

After fleeing the scene of a deadly auto accident that took the life of lighting designer Jeremy Choate, 25-year-old Shannon Michelle Garcia was captured in North Texas Monday afternoon.

"We received information from a Crime Stoppers tip that she was located at a Gainesville (Texas) hotel up in Cooke County," deputy Alfredo Perez with the U.S. Marshals tells CultureMap. "The Marshals have an office nearby in Sherman. They got a task force together and picked her up at about 4 p.m."

Deputy Alfredo Perez with the U.S. Marshals said that after a fairly straight-for ward capture, Garcia currently is awaiting extradition at a Cooke County jail.

Perez said that after a fairly straight-forward capture free of any incidents, Garcia currently is awaiting extradition at a Cooke County jail. She is charged with "accident involving injury or death" in the 178th State District Court, according to the Houston Police Department.

Just after 9 p.m. Saturday night, Choate was on his motorcycle at a stop light along the I-10 feeder at Studemont when Garcia allegedly rear-ended the artist in her Ford Fusion and swiftly fled the scene on foot. Choate was taken to Ben Taub Hospital where he died of his injuries on Sunday.

Robert Maddux, Garcia's boyfriend of two weeks, was in the car during the accident and encouraged her not to leave. According to The Houston Chronicle, Maddux stayed at the crime scene and told police that the two had multiple margaritas at El Tiempo Cantina on Washington.

In a strange turn of events, a friend of Choate's named Matt Marcontell tells KPRC news that a woman calling herself Shannon showed up at his doorstep shorty after the crash. She said she needed to charge her cellphone.

"As we were chatting, she said she was involved in an accident and fled in fear of police," Marcontell says. "The whole time we were talking, I had no idea she was the driver who killed my friend. She had no idea I knew him."

The night of the accident, Choate was driving to a cast party at Hope Stone Dance Company, an organization dedicated to art-based community outreach. The well-respected designer was 33 and leaves behind two young daughters.

On Tuesday at 8 p.m., East End performance space The Silo will host a memorial gathering titled, "Let's Burn Some Shit."

This Saturday at 11:11 a.m., family and friends will hold a "celebration of life" in Zilkha Hall at the Hobby Center. As a nod to Choate's enduring love of light and color, attendees are requested not to wear black. Family members also have requested friends to refrain from sending flowers. A fund will be set up in Choate's honor in the coming days.