An Extraordinary Life
Dubbing Sally Ride a "lesbian astronaut" shortchanges her impact: Post-death coming out overblown
LATEST NEWS
Say 'I do' to a gorgeous Hill Country getaway in Dripping Springs
Another Wild Twist

Bellaire socialite vindicated? Mocked for standing by her man, Stern sees all charges dropped against husband

Bellaire socialite vindicated? Mocked for standing by her man, Stern sees all charges dropped against husband 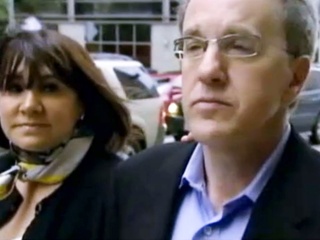 Maybe Yvonne Stern was right all along. After husband Jeffery Stern was arrested and charged with conspiring with his mistress to hire a series of hit men to kill her, Yvonne, who survived a gunshot wound to her abdomen, defied public criticism to stand by her man.

It's been an explosive summer for those following the "Bellaire socialite" case, but in the end this legal circus ended with a whimper and not a boom. On Tuesday Harris Country prosecutors dismissed all charges against Stern in advance of his murder for hire trial, which was scheduled to begin on Friday.

As the trial approached more and more damaging information about Gaiser came to light that raised serious questions about her credibility.

"They determined there was not enough credible evidence to go forward," Stern's attorney Paul Nugent told the Houston Chronicle.

Mistress Michelle Gaiser was supposed to be the star witness tying Stern to the attacks, pleading guilty and receiving a reduced sentence of 25 years in exchange for testimony against her lover. But as the trial approached more and more damaging information about Gaiser came to light that raised serious questions about her credibility.

There were allegations that Gaiser had attempted to hire a hit man to kill someone else before her relationship with Stern, and that she is an illegal immigrant. Then in June, Nugent held a press conference accusing Gaiser of trying to orchestrate a hit on Stern himself from her prison cell, complete with handwritten instructions.

"This has been a case in which the evidence has continuously evolved," first assistant district attorney Jim Leitner said in a statement. "Ultimately we have come to the conclusion that, at this point, the available evidence is not sufficient to justify taking this case to trial."

So ends Houston's most gloriously lurid murder case in this decade. Are you surprised?