The power of social media: Campaign to aid bullied bus monitor goes over $500,000

The power of social media: Campaign to aid bullied bus monitor goes over $500,000 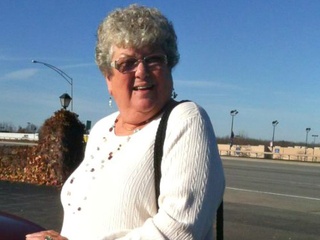 The New York bus monitor who was verbally abused by four teen-agers earlier this week is on her way to becoming a millionaire.

With donations of $20 here and $30 there, many partnered with supportive sentiments such as “We love you, Karen!” and “Keep your head up, Karen,” the “Let’s Give Karen – The Bus Monitor – H. Klein A Vacation!” funding campaign posted about 48 hours ago is, at this writing, at $513,669. And the campaign doesn’t end until midnight, July 20.

The Indiegogo site posted by an Ontario man fueled the outrage and then generosity of more than three million viewers (and counting) with its now-viral video he discovered, revealing the bulling incident by four boys on a Greece Athena Middle School bus in the Rochester suburb of New York.

The 10-minute cell phone video recorded Monday shows bus monitor Karen Klein trying her best to ignore the stream of profanity, insults and outright threats. One boy pokes at her underarm and hair, while another taunts, "You don't have a family because they all killed themselves because they don't want to be near you."

The camera man, 13-year-old Luis Recio Jr., stated in a Thursday interview with a local television station that he did not contribute to the verbal attack, but “was told to record it,” mentioning peer pressure. He did say he feels bad how “they were making fun of her and everything.” His mother later extends an apology to Klein.

Robert Helm, whose son Wesley was part of the group caught bullying Klein, also apologized for Wesley’s behavior. A father of a third student said, “I would like it if he could do some work for you or help you in some way,” in a statement to police. “I am embarrassed, angry and sad about the awful way he treated you.”

Find Ultra-Accessible fun for all at Morgan's Wonderland in San Antonio
Dallas: Where to find the best luxury shopping in Texas
Stop along the Texas Plains Trail Region for stunning vistas and fascinating history