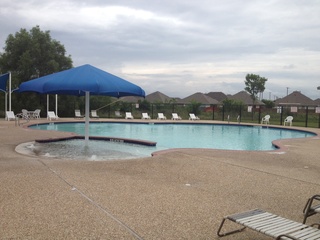 Six kids were injured after a risky ride home from the Creekside Community Pool. Photo via Facebook 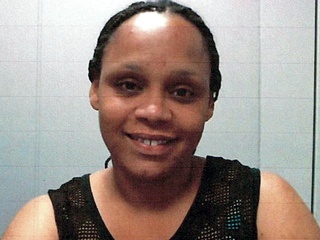 A Dallas area mother is behind bars after an unbelievably reckless trip home from the community pool landed half a dozen children in the hospital. All to allegedly avoid getting the inside of her car wet.

According to a Crowley, Texas police report, an intoxicated Kisha Young picked up six children, including her own, from the Creekside Community Pool on June 17.

Young, 38, and another mother who was a passenger, had their children "ride outside the vehicle" because their clothes were wet from swimming. Around 8:30 pm, the children piled on the hood and trunk of the car, and Young began driving.

CareFlite was called to assist a 12-year-old who sustained "a severe head injury."

Four of the children, who were riding on the trunk, were transported to Cooks Children Hospital in Fort Worth. CareFlite was called to assist a 12-year-old who sustained "a severe head injury."

Young was arrested at the scene of the accident in the 400 block of Angler Drive in Crowley. She has been charged with intoxication assault, serious bodily injury to a child and driving while intoxicated with a child under the age of 15.

Young's bond has been set a $110,000. No charges have been filed against the other adult in the vehicle at this time.

Six kids were injured after a risky ride home from the Creekside Community Pool. Photo via Facebook