Still standing by her man: The real reason the Bellaire socialite is suing her husband's mistress

Still standing by her man: The real reason the Bellaire socialite is suing her husband's mistress 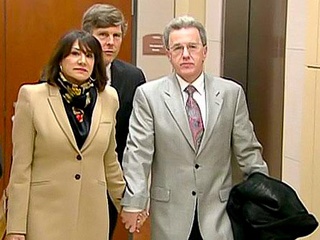 It's just another curveball in the bizarre case of the attempted murder of Bellaire socialite Yvonne Stern.

With Stern's husband Jeffrey going on trial in April for two charges of solicitation of capital murder for his alleged role in the three separate attempts on his wife's life in 2010, the Sterns are continuing to present a united front, arguing that Jeffrey had no role in the plot.

Instead Yvonne Stern has filed a lawsuit against Jeffrey's former mistress, Michelle Gaiser, who has already pled guilty to solicitation of murder in exchange for a 25-year sentence and her testimony against Stern and the hit men that pulled the trigger(s). In the suit, Stern requests damages for her medical costs after being shot in the stomach in addition to damages for pain and suffering and emotional distress.

The suit claims that Gaiser was "operating under an unfounded delusion that if she killed Mrs. Stern, she would then 'live happily ever-after' with Mrs. Stern's husband," and that her decision to hire a series of hit men was Gaiser "acting-out on her fantasy."

As Texas Monthly's Skip Hollandsworth points out, it's unlikely that Stern will ever recover a monetary award from Gaiser, considering the latter will be in prison for the foreseeable future. Instead, lawyers for Gaiser told Brian Rogers of the Houston Chronicle that the lawsuit is a "back door" for Jeffrey Stern's attorneys to find out what Gaiser knows and will be testifying about in advance of his trial, though Yvonne Stern's attorney Chip Lewis insists the suit is wholly her idea.