The People of the City
The real Family Business: Candy Schiller opens up about surviving thyroid cancer, trusting your instincts 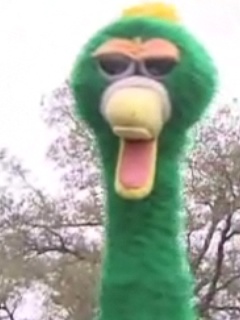 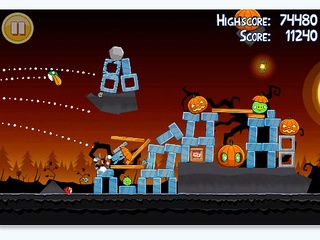 This bird wasn't angry until two men body-slammed him to the ground. Courtesy of Apple

The men jumped out of a silver Scion near Almeda-Genoa and 45 and assaulted the green bird, who was stationed outside Exclusive Furniture to attract customers. The men body slammed the bird from behind, knocking the man inside the suit (Russ Vogel) and his top-heavy bird costume to the asphalt.

“He was laughing as he was running away till he found out I was in back of him,” Vogel told KTRK Ch. 13 of one the assailants.

Vogel chased both suspects to a nearby car. Although they escaped, eyewitnesses recovered the license plate: HRT 980.

Luckily Vogel suffered only minor scrapes and bruises, but the bird suit didn’t fare so well. Its eyes and mouth no longer function due to a broken cable.

Police are still looking for the suspects and remind the public that attacking anyone — even a fuzzy eight-foot bird — is a crime.

Vogel attributes the unprovoked attack to movies and recorded pranks on YouTube.

"I guess this is life imitates art, because there have been a couple of movies, where the guy is dressed as a burger and somebody comes by and body slams him and knocks him down," Vogel told KTRK.

Could it also be that the iPhone game Angry Birds has incited random bird violence, fueling desires to push, sling-shot and toss birds? Regardless of your feelings on birds (angry or otherwise), sporting a fuzzy suit in the Houston heat is enough of a struggle without random body slams.