Job Land: Houston ranked the most prosperous city in America by a wide margin

Job Land: Houston ranked the most prosperous city in America by a wide margin 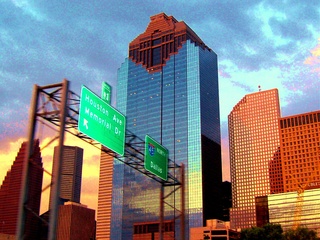 Houston is the nation's leader in the job market. Photo by © Sandy Mansfield/Flickr

Proud to be a Texan? If you want a job, you probably are.

More than 100,000 new jobs were created in Houston since the recession, making it the most prosperous city in the country according to a recent Business Journals study. New Orleans, Austin, Dallas and San Antonio rounded out a Texas-filled top five.

Only 13 major cities managed to add jobs during this time period — and no other city came close to Houston's six-figure add.

Over a span of five years from 2006 to 2011, the U.S. Bureau of Labor Statistics compiled the numbers to estimate the employment levels after the impact of the recession. An estimated 109,700 jobs were created in Houston, the most in the country. Only 13 major cities managed to add jobs during this time period — and no other city came close to Houston's six-figure add.