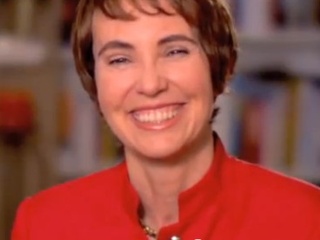 In a video message to constituents posted on her website, Arizona congresswoman Gabrielle Giffords revealed Sunday that she would step down from her political post to focus on her recovery following a gunshot wound to the head last Jan. 8.

Giffords has been recovering here in Houston at the League City home of her husband, astronaut Mark Kelly, although she says in the video, "Arizona is my home, always will be."

Wearing a crisp red jacket and speaking in measured words that seem to require some effort, Giffords tells supporters:

"A lot has happened over the past year; we can't change that. I don't remember much from that horrible day, but I will never forget the trust you placed in me to be your voice. Thank you for your prayers and for giving me time to recover. I have more work to do on my recovery, so to do what is best for Arizona I will step down this week."

To her detractors — including George Morris, the widower of another victim of the shooting — who have called for her resignation, Giffords offers a glimpse of her fighting spirit, saying "I'm getting better every day. My spirit is high. I will return."

Giffords' recovery has been remarkable since last January's shooting at a Tucson rally, which claimed the lives of six people and wounded 13 others.

She first returned to Congress in August to vote to increase the debt ceiling, receiving a standing ovation from her colleagues.