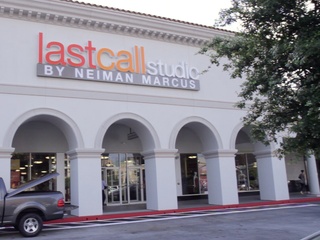 Neiman Marcus' newest concept store, Last Call Studio by Neiman Marcus, features directly-purchased, in-season merchandise that is less than what you would find in a full-line Neiman Marcus store. With its clout, the luxury retailer convinced such top designers as Diane von Furstenberg, Marc Jacobs, Rachel Roy, Giorgio Armani and Michael Kors to create clothing and accessories exclusively for the Studio stores at 30 percent discount and passed it on to bargain-savvy shoppers

The new Houston location is the fifth in the nation and only the second to feature a full array of menswear clothing.