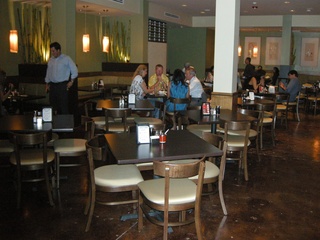 Nothing seems to have shaken the Houston community quite like the two-alarm fire that blazed through Mai's in early 2010. The fire gutted the place but also gave an opportunity for owners Mai Nguyen and Anna Tran to reboot and revise.

Years later, Mai's is back with a fresh look and near-constant crowds. Some say the pale green walls and bamboo accents make the restaurant too fancy for its humble origins, but it's a tangible symbol of the progression of ethnic food, specifically Vietnamese food, from an exotic hole in the wall to a mainstream culinary destination. New, more traditional dishes like the xoi chien, fried sticky rice patties and banh xeo, a sort of Vietnamese savory crepe, stand out; yet favorites, including the home-style garlic beef, are still inexcusable not to try. With a focused menu that's authentic without being intimidating, Mai's is definitely back and better than ever.

Culinary bad boy Anthony Bourdain said Mai’s rice paper wraps with grilled pork take him back to Vietnam. We can't say we argue with him.