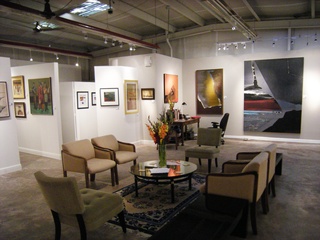 Top-notch Texas art is the name of the game at Foltz Fine Art. Don't look for one star-studded craft here, though. Instead, be prepared to rediscover early works by Houston and South Texas artists, as well as artists working elsewhere in the state during the 1950s through the 1970s. You'll recognize some familiar names, such as David Adickes and Dorothy Hood, as well as a few dozen under-the-radar local heros like Otis Dare Huband.

This gallery is all about empowering collectors in building exceptional collections of Texas art - expect personal service, no matter your stage in collecting. Also, the gallery doesn't stand still during exhibitions; instead, there are events investigating the history of Texas art, facilitating interaction between collectors, artists and scholars.