Fayza A. Elmostehi is the Director of Social Media at the Houston Museum of Natural Science, which means she plays around online all day and gets paid for it. Score.

After graduating from law school, she did everything but practice, which was the smartest move she ever made. Her careerhopping around the country eventually led her to a lovely stint as the social media editor, tech writer, and advice columnist at CultureMap from 2010-2012. She's also written for the Houston Press in a former life, which garnered a lot of interesting hate mail.

She is a native of the Midwest, but if you find a place she hasn't lived, you win a prize. Now that Fayza calls Houston home, you can find Fayza all over the Internet. 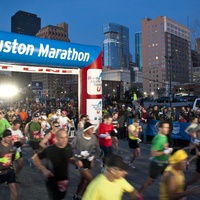