JOE LEYDON is an award-winning film critic for Variety, the premier showbiz newspaper and website, and an adjunct professor at Houston Community College and University of Houston.  He also is a blogger at MovingPictureBlog.blogspot.com, a contributing writer for MovieMaker magazine, communications director for Cowboys & Indians magazines, a Q&A host at the Denver and Nashville film festivals, a contributing critic for Leonard Maltin’s Movie Guide, and author of the book Joe Leydon’s Guide to Essential Movies You Must See (Michael Wiese Productions). From 1982 until 1995, he was film critic for The Houston Post. From 1995 until 1999, he was a film critic and entertainment reporter for KPRC-TV. (Several interviews he did with celebrities during this period can be seen on YouTube.) More recently, he has reviewed films and DVDs forThe San Francisco Examiner, MSNBC.com, The Katy Courier and Fort Worth Star-Telegram. Leydon also has written for New York Daily News, Los Angeles Times, Newsday, The Boston Globe, The Toronto Star and Austin American-Statesman. He has appeared as a guest on the television programs Countdown with Keith Olbermann, At the Movies, Kudlow & Cramer andMSNBC Live.  A New Orleans native, Leydon earned a BA degree in Journalism at Loyola University in N.O., and a Master’s Degree in Mass Communications Studies at the Jack J. Valenti School of Communication at the University of Houston.  He is the proud father of George Leydon, who is an outstanding young man almost entirely because of his mother, Anne Sarsonas Leydon. 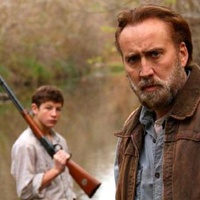 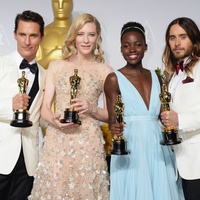