Fair Days
Lawndale Design Fair makes a leap into decadent modernism: Your guide to enjoying it all

The hunt for Houston's hidden architecture: New movie takes you deep into world of no zoning

The hunt for Houston's hidden architecture: New movie takes you deep into world of no zoning 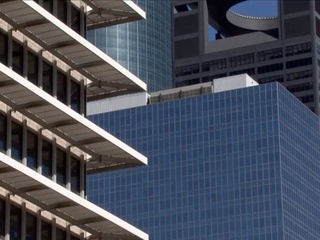 "Our approach was to paint a portrait of Houston's built environment with broad strokes," Lykins, who also serves as executive director of the Texas Foundation for the Arts, told CultureMap.

"We wanted to provide a starting point for people who may not be as familiar with the city's architecture. This will show what's out there so they can make inroads on their own."

"We wanted to provide a starting point for people who may not be as f amiliar with the city's architecture," said the film's co-producer Kim Lykins.

To the uninitiated, Houston looks like a jumbled tangle of buildings placed haphazardly atop the coastal plain — which, of course, is a fair assessment for a city with little zoning. But this sprawling, boundless urban scene is, at the same time, what makes the Bayou City so unique with its patchwork of architectural gems and oddities.

"What excites me about Houston architecture is the discovery of buildings," historian Stephen Fox, who penned the quintessential (and out-of-print) Houston Architectural Guide, explains during the film's opening sequence. The city's most intriguing bits of architecture, in other words, remain relatively hidden.

The Art of Architecture begins with a look at Downtown though the eyes of leading figures from the city's architectural community like Cite magazine's Raj Mankad and architect William Stern who helped edit one of the other few written explorations on Houston architecture, 2003's Ephemeral City.

Ruminations on landmarks like the Astrodome and Renzo Piano's Menil Collection follow, along with overviews of the city's earliest buildings as well as new additions like the Gensler's Houston Ballet Center for Dance and Jon Pickard's LEED-Platinum BG Group skyscraper. Even the Beer Can House and the famous Tin Houses on the West End get name-checked.

"We really could've gone on for hours with this documentary," said Sunset Productions' Jim Bailey, who co-produced the film along with Lykins. "There's so just much to tell, so much to cover."

The second episode of the award-winning Houston Arts Television series, The Art of Architecture: Houston premieres Monday at 9 p.m. on HoustonPBS Ch. 8 and will be rebroadcast at 8:30 p.m. on Friday. A third episode in the series airs this fall with an extended interview with Yoshio Taniguchi on his new Asia Society Center.