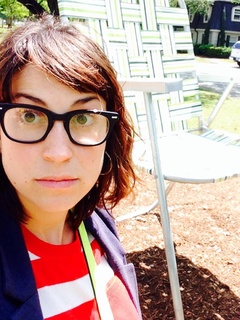 Abby Koenig Courtesy of the artist/Facebook

Spaghetti Code follows Milly (Ivy Castle) and Tim (Drake Simpson), a loving couple with one big issue: Milly can't get pregnant. After years of trying, and copious amounts of wasted money, she comes up with a solution: Ask her husband and best friend Stacy (Mischa Hutchings) to have a baby together.

However, Milly doesn't want this to be a miracle of modern science, she wants them to do it the old fashioned way — in bed. Through a mix of comedy and drama, the three, along with the couple's good friend and reproductive endocrinologist Phil (Andrew Love), go through a tangled mess of misconstrued feelings, confused affections, sadness and guilt — and then there is a baby to think about.

Spaghetti Code is a world premiere written by Houston-based playwright Abby Koenig. This is Horse Head's second Koenig world premiere, having produced the playwright's family dramedy Your Family Sucks to rave reviews in 2012. Spaghetti Code is part of a Horse Head new initiative to produce works by female playwrights. In addition, the company has added several new members — all women — including Jacey Little who will now serve as artistic director.